At the recent WWDC 2022 event, Apple made many upcoming, new, and exciting announcements. While there was information on new iPhone devices, the most talked-about aspect was the iOS 16 launch.

Many iOS devices will get the iOS 16 software update. However, the new iPhone 14 series will come with a base iOS 16. So, in this guide, we have brought about some exciting aspects, leaks, and insight on the 1Phone 14 series, including the iPhone 14 Pro Max. Because whenever Apple makes announcements of new Apple devices, users always want to know about the new apple iPhone 14 features.

Follow here to know about the speculated iPhone 14 release date and its features. By the end, you can compare it with your existing iPhone and decide if you want to get this brand-new iPhone 14 in your hands.

At this point, you must have heard and read many things about the latest iPhone 14 release. While Apple has not officially released any info on them, we got some reliable information on the iPhone 14 series right here.

Whether it’s good or not, Apple won’t be bringing any mini-series iPhones this time.

They will have a new display with a pill-shaped cutout rather than a notch type. apple usually follows the same color options for its iPhone models. If the rumors are accurate, the iPhone 14 base and iPhone 14 Pro models will come in different shades.

iPhone 14 base models will be available in purple, red, blue, black, and white color options. At the same time, the iPhone 14 Pro models will come in purple, silver, gold, and graphite shades.

The iPhone 14 Pro will come with a 6.06-inch flexible OLED panel. At the same time, the iPhone 14 Pro Max will adopt a 6.7-inch display. Both will have an efficient display of a 120Hz refresh rate. The iPhone 14 Pro phones will wear a full titanium alloy body instead of a stainless steel frame.

Regardless, without further ado, let’s dive right into the specs of the iPhone 14 series.

We got all the time to talk about the Apple iPhone 14 features. What every iPhone enthusiast wants to know right now is its release date, right!

At the Apple WWDC 2022 event, the expected timeline for iPhone 14 release date is somewhere around September 2022. This is the initial release date that Apple announced. But, we can expect an earlier release depending on many variables. We can expect the iPhone 14 to come out in September’s first or second week.

The most persistent rumor about the iPhone 14 design is that it won’t have a notch. If we go by the leaks and rumors, Apple will ditch the notch-type design on this iPhone 14 series. But sadly, only the iPhone 14 Pro models will come with a supposedly pill-hole camera instead of a notch. The base models will remain the same.

Let’s say that the purpose of Apple behind these cutouts is to set up Face ID hardware. If so, the iPhone’s display will have more screen space.

There has been a lot going on about the camera aspects of the iPhone 14 series. As per speculations, iPhone 14 will showcase a 48MP sensor that can record an 8K video. There are possibilities for them to have periscopic lenses and 50x zooming ability. Every model will feature an Ultra-Wide camera.

The iPhone 14 Pro model can capture 12MP shots with its 48MP camera. they will be able to do so by using the pixel-binning process. It is a process that merges multiple small pixels data into one super-pixel on the camera image sensor. It improves the low-light sensitivity of the picture.

The front camera is rumored to have a wide aperture of f/1.9. It will have autofocus mode for enhanced focus tracking in FaceTime calls and videos.

They will have a Qualcomm Snapdragon X65 modem. It is the first 10GB 5G modem worldwide to have an antenna system for smartphones. Apple analyst Ming-Chi Kua said the iPhone 14 series would have WiFi 6E connectivity. That will enable the users a high-speed wireless connection for quality VR and AR experiences.

There won’t be a drastic change in the pricing structure of iPhones by Apple. If we go by the usual pricing strategy of Apple, you can expect the iPhone 14 base models to be priced around $899 and the iPhone 14 Pro models around $1199. Regardless of the slight price variations, the iPhone 14 series comes under the expensive category of phones. 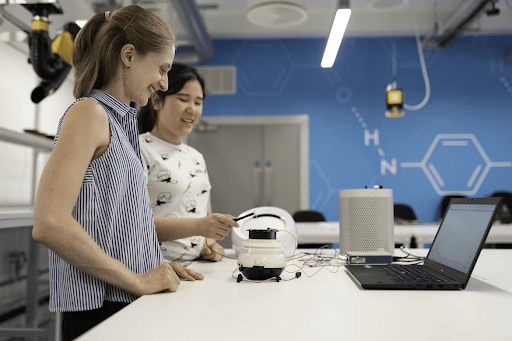 How Students Can Stay Productive Throughout the Whole Academic Year

I remember how it felt at the start of the new academic year. You have a renewed sense of energy and are prepared for new successes. Nothing seemed to be stopping you from being successful and becoming the top student among your classmates. Unfortunately, we’ve all been there and understand how fleeting this inspiration is. […]