Display Driver Failed to Start: How to Solve the Error in Windows 10

To play the latest games, you need to have the right display driver version on your PC. So, it is quite an important software component of your device that helps you to perform certain functions involving graphics. Its main job is to act as an interface between the system and the graphics hardware. And, without it, your display driver failed to start and it leads to your device won’t be able to unleash its full graphic capabilities.

Try These Solutions When the Display Driver Failed to Start

Usually, there can be multiple possible causes behind any computer problems, and that applies to this issue as well. Therefore, there isn’t just a single fix for it either. So, you need to apply the one that is suitable for the cause of the issue in your case.

Sometimes, the driver may fail due to a comparably minor error in the system. In such cases, a simple reboot might be worth trying. After all, it is effective in solving so many other problems. So, you might want to try this before you move on to the other fixes.

In case it’s not starting, there might be something wrong with the display driver. After all, a lot of users reported that as a cause. So, you must take this possibility into account first. It would be best to give attention to the affected component.

The version that you’re using might be quite an old one. In such cases, your device is bound to face various kinds of issues, including crashes. Sometimes, it may even simply refuse to start up. So, in such cases, it is surely time to get a newer or latest version.

To update to a newer version, you can go to the manufacturer’s site on the web. Otherwise, you can also do it easily by navigating to the driver you’re using in the Device Manager.

You’ll find the option to update it there. However, you may not be able to jump straight to the latest version. Instead, you might have to install a relatively older version than it first. So, make sure you’ve got the latest one at last.

Sometimes, it might be inconvenient for you to download the latest versions manually. So, you might want to use one of those software tools that help you keep all your drivers up-to-date. Also, there are many viable ones you can find out there.

Has the display driver failed to start after you got a new version? In such cases, it is mostly found that the current driver is incompatible. What to do in such cases? From what it seems, you have no other option but to bring back the previous version. That means you have to run the device with its previous display capabilities. However, at least this would remove the error. Moreover, you can use the new version when you update the system anyway.

Did you fail to get a solution with the above-mentioned methods? Then, maybe the driver is not correctly installed. In case you’re wondering, that can lead to trouble in starting up. Now, there’s only one viable fix for this — reinstallation. For that, you simply need to navigate to the driver and access its options in the Device Manager. Then, choose to remove it from your device.

After that, you need to make sure the latest changes you made have been saved. For that, you might have to reboot your device. It will install the driver once the system starts back.

Like many other errors, corruption in your device’s system files can also cause trouble in starting up the drivers. In such cases, you need to find the damaged files and repair them. How to do that? In case you’re wondering, the System File Checker will help you in this situation. It’s a very useful tool that comes pre-installed in your Windows system.

To run it, you need admin rights. So, switch to an administrator account or make one. Then, enter the command “sfc /scannow” in the Command Prompt. The tool will start checking all the system files for any corruption, big or small.

Thereafter, it’ll proceed with repairing the ones that are affected. By the end of this process, your device would be free from corrupt files. As a result, you might not see the error anymore. Note that you can do this only if you own the device. So in case you don’t, you need to ask the admin to solve the issue or let you do it.

Does your PC have malicious software? Even if there is, you would generally be unaware of it. However, when you face issues such as drivers not starting, you must consider viruses and malware as a cause. So, you’d want to make sure whether that is indeed the reason behind the error. Therefore, you must scan the system for the presence of malicious software and files as soon as possible.

For this solution, you must use an optimal antivirus program. After all, the free ones might often fail in detecting viruses. Moreover, they might even contain malware. Therefore, you might want to go for other options as you can’t compromise your device’s security.

In many cases, the problem, as well as the solution, lies in your Windows system. According to some users, they have found a solution by updating the system or restoring a previous state.

In some cases, the driver may not be compatible with the system. This could be because your Windows version isn’t advanced enough to run it. As a result, it might just refuse to start, and it can cause bigger issues. So, how do you solve the issue in this case? Firstly, you need to get an update for your system. This could do the trick and provide an effective and long-term solution.

In case you’re already using the latest version, the only viable solution would be to restore a previous state. You can do this from the System Protection section in the Control Panel.

You must try the above-mentioned solutions if the display driver failed to start. One or another of them should provide you with a long-term solution. Otherwise, you can always approach a professional. 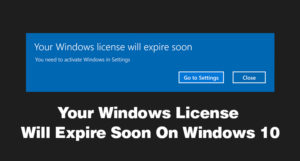