How To Fix An Xbox One Controller?

While using the Xbox One Wireless Controller in order to operate the Microsoft Xbox One console, several users reported facing minor glitches. The controllers might fail to work properly due to abrupt hardware malfunction.

Further, if the controller’s battery is drained out or if it is out of range then it might fail to function. There are several reasons that might trigger problems with the controller. Thus, here you get to know the effective methods to get rid of real-time problems.

Possible Reasons if Xbox One not Functioning Properly

Xbox One controller is designed to operate the console within a range of 19 feet. But, if it is out of range then it will not be able to function properly. 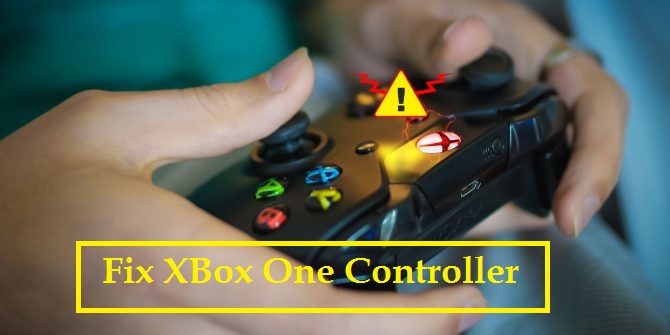 6 Procedures on How to Fix an Xbox One Controller

Here, we have listed the easiest methods through which you can troubleshoot all the problems that you are having with your Xbox One controller.

If your Microsoft Xbox One controllers are not turning on then it may be possible that its batteries are dead. You can easily fix this issue by replacing the batteries.

For this just remove the back cover of the controller and replace the two AA batteries with a new set and put the cover back on. Now, check whether the controllers are turning on or not. If it is on but still not operating the Xbox One console properly then the fault lies somewhere else.

Thus, apply the next solution to resolve the issue.

Solution 2- Restart the Xbox One

If your Xbox One controllers are not turning on even after changing the batteries then try this method. For rebooting the Xbox One console controllers completely you need to follow the given below steps:

Solution 3- Stop the Blinking of Xbox One Controller

If you may note that the device is constantly flashing or blinking but not working. This generally implies that the controller is not paired with your Xbox One console. This happens when you mistakenly pair the Xbox One controller to some other system.

To sync the primary controller with your Xbox One console you need to follow these steps:

The controller should be paired with your Xbox One console by now. Check if the controllers are working properly or not. If still the problem persists, move on to the next fix.

Sometimes the Xbox One controller does not work properly because of hardware defects. You need to check if there is any defective cable attached to the console or the controller.

For that, you need to connect that cable with some other device to check whether it is working or not. If it is not working then the problem lies in the cable and you must replace it immediately.

In addition to this if the firmware gets corrupted then also it can lead to this issue. You can fix this problem by updating and installing the latest version of firmware supported by your Xbox One on your controller.

Steps to update the firmware of Xbox One console are as follows:

After completing all the above-mentioned steps, the Xbox One Firmware update process will start.

If you have connected Xbox One accessories to your Console other than the Xbox One controller then it might interfere in the connection. Accessories like keyboard, external hard drive, Stereo headset adaptor, etc, can induce connection issues.

To refrain from this, you can remove these accessories and detach them from the system. Once you have removed all the other accessories, reconnect your Xbox One controller and it will start working as before.

Hopefully, after implementing the steps now you can play games on your Xbox One gaming console without any further hassle. 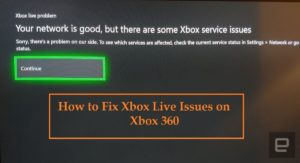 How to Fix Xbox Live Issues on Xbox 360?

Does your Xbox Live keep on disconnecting? Do you face issues while signing to the Xbox Live? Then, you need recommendable ways to fix them. Xbox 360 is designed to render high-end features that include video streaming, online gaming and many more.  However, a small misconfiguration or a minor glitch can prevent you from accessing […]

[Fixed] Xbox One Controller Not Connecting To PC Issue

If the Xbox one controller not connecting to pc, then you might notice the USB device not recognized message. As a result, you will be unable to play the game successfully. Numerous factors can lead to this error. For example, an Outdated Xbox controller and USB drivers. Sometimes a broken USB cable can also be […]

Xbox is a popular and advanced gaming console from Microsoft. You can store more than a thousand games here and also chat with other party players. But sometimes, while chatting with them, you can face the 0x89231906 error. Due to this error, you won’t be able to chat with the party members. Mostly, it happens […]