What Is the Difference Between Font Formats?

Fonts can sometimes be confusing and overwhelming because there is a wide variety of them. What factors should one consider before deciding which format to use? To answer this question, understanding the difference between them is the first step. Hence, in this article, we have explained the differences between some of the most popular font formats.

What Is a Font Format?

A font is a visual representation of text with a different typeface, point size, weight, or design than the text itself. Fonts are made up in a font family – a group of similar fonts. For example, Helvetica is a typeface, while Helvetica Italic is a font.

The distinctions between font files can be quite technical, and each has its own set of advantages and disadvantages depending on how you want to utilize them. Most users only require a rudimentary awareness of these file types in order to interact with their printer, web developer, or graphic designer.

Fonts are displayed in two ways on computers and devices:

What Are the Available Font Formats? 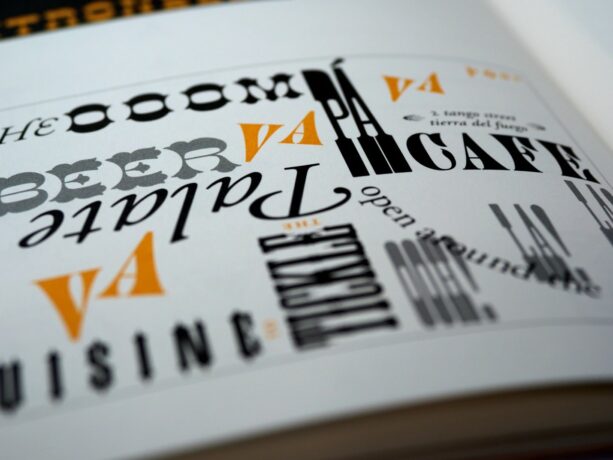 There are numerous font formats available; however, when purchasing a font online, you will most likely receive one of the following:

And yes, you can convert one format to another if you wish. All you need is the right tool like convert.io that allows you to do this fast and easily. Let’s find out more about different font formats:

It’s the typeface you’re currently looking at! This is the most commonly found font package, and you’re most likely to already have it. All you have to do now is install it. In fact, TrueType has evolved into OpenType (.ttf). All of the extra swashes and variants, as well as the wibbly-wobbly lines on numbers and letters, will be available in OpenType format.

TrueType fonts are Apple and Microsoft’s most basic fonts. While they function practically anywhere, there are certain limitations to the number of extras you can do with them. It was for this reason that OpenType was founded.

Crafting and cutting devices are not compatible with SVG fonts that come with packages that are easy to download and install. All the characters, also known as letters and numbers, are stored in the packages as separate SVG files (a.svg, b.svg, c.svg, 1.SVG, 2.SVG, etc.) – short for Scalable Vector Graphics, it is primarily used for displaying two-dimensional images online.

The Embedded Open Type fonts are entirely worthless for crafters. Therefore, you may ignore this file. Despite the fact that OpenType fonts sound enticing and thrilling, the .eot font file is designed for the web. This is a Microsoft-created feature that is only supported by Internet Explorer.

A .woff or .woff2 file is an open standard format for providing fonts to websites on the fly. It is compressed, supports TrueType (.TTF) and OpenType (.OTF) fonts, and comes with its own license information.

Instead of using conventional web fonts, web developers may utilize .woff files to create unique fonts. Although many browsers accept this format, .woff files are not supported by the majority of them until current releases. .woff2 files are known to take less storage space as they are further compressed, and when you find the need to install one, here’s how to do it.

What Sets the Fonts Apart?

The following are some of the most notable differences between these font formats:

Because the text rendering engine (your browser) wouldn’t know what to do with these characters if spacing was disabled, it couldn’t be turned off at all. On the other hand, Kerning is disabled by default in browsers and must be enabled by CSS.

With so many file formats available, there is not one solution with so many font files, but with the appropriate knowledge, you will be able to choose the best file for your current project! All you need is a little patience to test out the formats and feel out what is best for you.

Hopefully, you now have a decent knowledge of the many font files available, how to work with them, and all of the remarkable and powerful ways fonts can be.