Windows Defender is an in-built antivirus by Microsoft. It is used by most people in order to protect their computers from viruses and malware. But sometimes, it does not perform its job properly.There are multiple reasons for this annoying issue. Among them, one of the most common errors is the Windows defender blocked by group policy.

If you have installed another antivirus on your computer, then you might encounter this error message. So, let’s check how to get rid of this situation.

How to Fix Windows Defender Blocked by Group Policy Error?

When you installed any anti-hacking tool in your device which is not compatible with the Windows Defender, you might encounter “This program is blocked by group policy. For more information contact your system administrator. (Error Code: 0x800704ec)” error message.

Sometimes, third-party antivirus software may disable the Windows Defender and as a result, the error message appears on the system screen.

Now, follow the later section in order to check how to resolve this error message.

You can get an instant fix to get rid of this situation. You just need to simply modify the registry key. The steps involved in this method are complicated according to some users.

Hence, follow these steps mentioned in the section below to perform this method easily.

Now, check whether you are getting the error message along with the error code or not.

In very few situations, Fix 1 will not be able to resolve the problem. Hence, you can try out this method to eliminate the error message.

Therefore, go through the steps mentioned in the section below and apply them accordingly.

Once done, restart the system and check the status of the error message.

You can turn on the Windows Defender from the Settings app. Try this method if the problem still persists. The method is quite easy to perform. Hence, go through the steps mentioned in the section below. 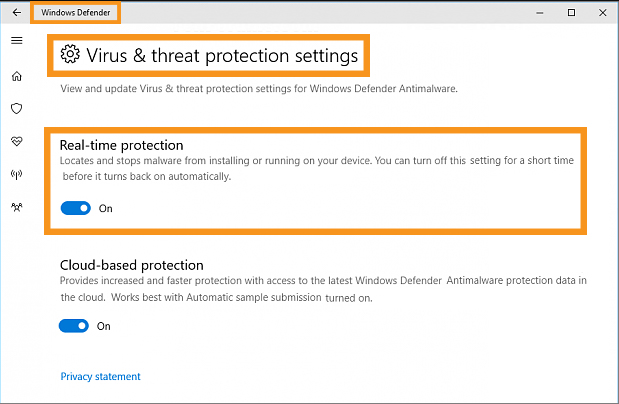 Fix 4: Enable the Windows Defender from the Command Line

You can turn on the Windows Defender from the command line. If you are an advanced user, then try out this method.

When you are done, Windows Defender will turn on and the problem will be solved. You can use the Command Prompt in order to turn on Windows Defender. With the help of the commands, you need to modify the registry data and resolve the problem.

The same step is performed in Method 1. But in this section, we have included a single command in order to turn on the Windows Defender.

Hence, follow the steps mentioned in the section below.

When you are done, delete the value from the registry and open the Windows Defender.

Now, check whether it is working properly or not.

Most of the time, Windows Defender relies on certain services to function correctly. But in case, if any problem with any of the services, you might encounter Windows Defender blocked by group policy Windows 7. 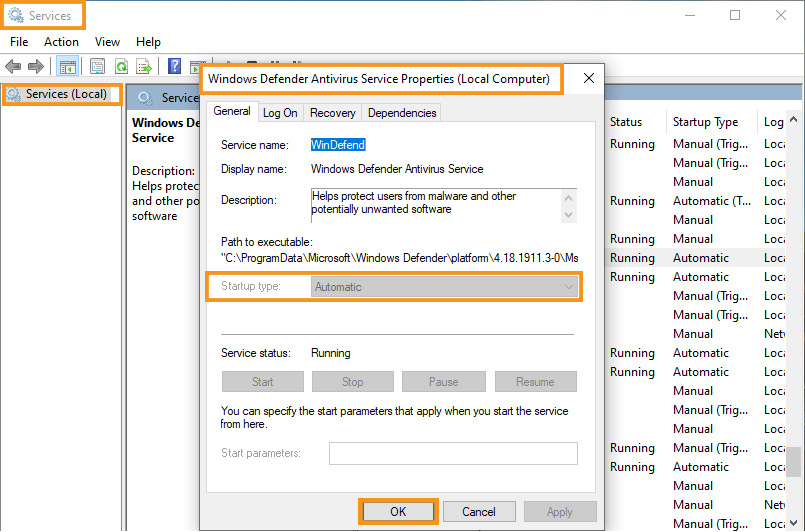 Hence, follow the steps in order to turn on the service and resolve the problem.

Undoubtedly, Windows Defender blocked by group policy issue is quite problematic, but you can resolve the problem simply by using any one of the solutions mentioned here.